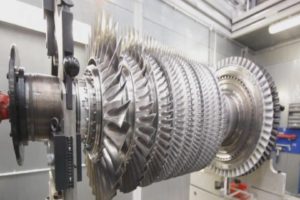 The aircraft engine-building unit of Rolls-Royce announced development of tiny cockroach-like robots for the operational inspection of aircraft engines. Their can improve the way maintenance is carried out by speeding up inspections and eliminating the need to remove an engine from an aircraft for repair work to take place.

“They could go off scuttling around reaching all different parts of the combustion chamber”, said James Kell, technology specialist at Rolls-Royce. “If we did it conventionally it would take us five hours; with these little robots, who knows, it might take five minutes”, added he.

Rolls-Royce says it is also working on robotic boreblending robots, which would enable specialist engineers to carry out important tasks, such as grinding replacement parts, remotely. Like the other robots in the pipeline, this would hasten the job of engine maintenance and cut down on costs.

Rolls-Royce conducts the project jointly with Harvard University of the United States and Nottingham University of Great Britain. A Harvard representative confirmed that the creators of microbots were inspired by cockroaches, and said that the development in this direction has been going on for eight years. At the show, the company demonstrated enlarged prototypes. The immediate task is to reduce the cockroach-like robot up to 15 mm and equip them with cameras.

In addition, the company develops a robotic system that can extract foreign objects from the engine, as well as produce minor maintenance.