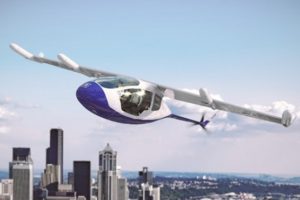 Rolls-Royce is working on a concept of “flying taxi”, which production will start at the beginning of the new decade. The British manufacturer has suggested for its development this weekend before showing the idea of ​​the Farnborough International Airshow.

Rolls-Royce says it is currently looking for partners to build the hull and develop a piece of electronics.

The company said four or five passengers could fit into the aircraft. The movement will be at a maximum speed of 400 km/h at a distance of about 800 km, according to specifications.

The British engineering firm added that take-off and landing would be vertical, and for this purpose, gas turbine technology is already being developed to generate electricity that eliminates the need for refueling.

Rob Watson, who manages Rolls-Royce’s electrical engineering team, said the project is part of the trend for electric vehicles that “will surely be a revolution”.

The company explained that the concept would be adapted for personal and public transport, logistics or military use.

The very idea of ​​flying cars is evolving rapidly as aviation and technology companies compete for their transformation into reality.