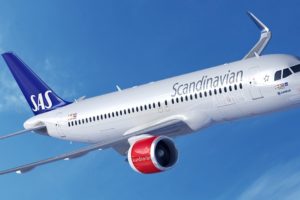 Rolls-Royce specialists together with engineers from other organizations will build an electric aircraft that can reach speeds of over 480 km/h. The development of the aircraft takes place in the framework of the ACCEL initiative, partially funded by the UK government.

In recent years, the development of electric aircraft has led to the creation of experimental aircraft, which often set various records. One of these electric airplanes is Extra 330LE, built by Siemens on the basis of a conventional turboprop acrobatic aircraft. This aircraft in its category “electric aircraft with a maximum take-off weight of up to 1000 kilograms” in 2016 set a climb rate to an altitude of 3,000 m, and in spring 2017 it accelerated to 337.5 km/h, setting the current speed record for its category.

Under the ACCEL initiative, engineers from Rolls-Royce, YASA, Electroflight and the Aerospace Research Institute will develop a single-seat electric aircraft that will set a new speed record. The design will use a battery with active cooling, which, according to the developers, will have the highest energy density in electro-aviation. The battery can produce up to 750 kilowatts, the propeller will be set in motion by three light electric motors 750R produced by YASA.

It is assumed that the plane will make the first flight in 2020, while the aircraft will be able to reach speeds of over 480 km/h. At the same time, a single charge of an airplane may last for a sufficiently long time — for example, for a non-stop London-Paris flight.

Another well-known experimental electric aircraft Solar Impulse 2 completed a round-the-world flight in 2016. The pilots Andre Borshberg and Bertrand Picard flew 40,000 km instead of the planned 35,000 and returned to Abu Dhabi for a year, five months and seventeen days after the official start of the route, the passage of which was originally planned to spend only five months.

In addition, last autumn it became clear that the UK will develop the world’s first racing electric aircraft. The University of Nottingham and the startup Air Race E have signed an agreement to jointly develop an electric racing aircraft, which is expected to take part in their first competition already in 2020.