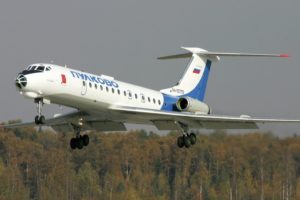 Russia and Canada signed an agreement on mutual recognition of certification approvals for aviation equipment.

On January 23, 2019, in the city of Montreal, Canada, the Head of the Russian Federal Air Transport Agency, Alexander Neradko, signed the Technical Agreement with the Transport Canada Civil Aviation (TCCA) on mutual recognition of certification approvals for aviation equipment.

Taking into account the existing interest of the Russian and Canadian aviation industry enterprises in the cooperation of the authorized bodies in the field of aircraft engineering certification, the signing of the Technical Agreement opens up the opportunity to work on the validation by the Russian and Canadian aviation departments of approval documents for aircraft certification activities and the procedure for approving airworthiness directives.

Russian Federal Air Transport Agency is the Russian government agency responsible for overseeing the civil aviation industry in Russia. Its headquarters are in Moscow. It is also called the Russian Federation Civil Aviation Administration (RFCAA).