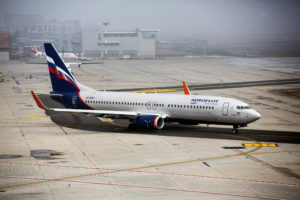 Aeroflot reaffirmed compliance with the prestigious Skytrax four-star rating. This means that it remains the only Russian airline with such a high international status.

The certificate of conformity was issued by Skytrax, the UK’s leading service quality assessor in the global air transport industry. Its ratings are considered the most authoritative in civil aviation, and Skytrax World Airline Awards, awarded on the basis of the most extensive passenger satisfaction survey in the world, have the unofficial status of Aviation Oscar.

Currently, Skytrax has the highest rating of “five stars” only 11 airlines, mainly from Asia and the Middle East. And 41 carriers received four stars from Skytrax. This level corresponds to almost all the best airlines in Europe. Aeroflot achieved this prestigious rating for the first time in 2016 and since then has consistently confirmed it. In the official conclusion of Skytrax, as of this year, it is noted that all three Aeroflot service classes – Business, Premium Economy (Comfort) and Economy – are eligible for the four-star rating. In addition, earlier, in July this year, Aeroflot was awarded with the title “Best Eastern European Airline”, and also for the first time won the important nomination “Best in-flight meals in the Premium Economy Class”.

The premium level of service offered by the leading Russian airline to its customers is also recognized by other influential analytical centers in the world.

“This is the merit of our entire team, which ensures high business efficiency even in adverse geopolitical conditions. External conditions are subject to fluctuations, but our concern for passengers, their comfort and safety remain constant at all times”, said Vitaly Saveliev, Director General of Aeroflot PJSC.