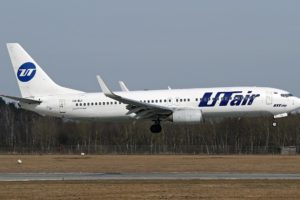 “Even in the low winter season, Utair achieved an improvement in key performance indicators. The company summed up the preliminary results for January 2019. Despite the negative pressure of external factors on the cost of services, the main of which is the increase in fuel prices (more than 10% over the same period last year), Utair maintains its financial result at the level of January 2018”, says the statement of the Russian airline. “It was possible to offset the negative effect of the increase in costs through measures to optimize the park and route network. This fact, together with the positive results of the business optimization program (cost reduction, working with contractors and aircraft fleet, increasing fuel efficiency, etc.), gives Utair the opportunity to send part of the released financial resources to partial repayment of overdue funds until the end of February 2019. debt on syndicated loans and other 7-year liabilities, including to Sberbank of Russia. These payments, as well as the full payment of coupons, are part of the Utair comprehensive debt restructuring plan”, adds the statement

The airline is in constant dialogue with creditor banks in the format of conference calls, bilateral meetings, including with the participation of representatives of Utair shareholders, as well as multilateral meetings, in particular, in the Ministry of Transport of the Russian Federation.

Work continues on the Utair financial model, on the basis of which a comprehensive debt restructuring scheme will be developed: loans, bonds, and other debts. The company and its consultants set a goal to complete the restructuring by the end of February or beginning of March.

“The priority of Utair is safety and regularity of traffic. Currently, the airline has no overdue debts to personnel, the state (on taxes and fees) and commercial contractors (on fuel, airport services, etc). Utair fully and promptly serves the leasing portfolio, the passenger transportation program is fully implemented. Utair adheres to the highest standards of transportation and becomes the most punctual of all Russian airlines for the second year in a row”, commented Andrey Martirosov, General Director of UTair Aviation Company.