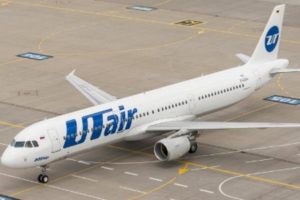 Utair continues a comprehensive debt restructuring, which it plans to complete by mid-2019. In the framework of the planned strategy, the company gives priority to payments in favour of fuel suppliers and commercial contractors and will fully and timely serve the leasing portfolio.

In order to ensure uninterrupted work in the low winter season, the company provided for stopping payments on 7-year loans in December and accumulates resources for the performance of interest expenses in a profitable summer period. For 12-year commitments, Utair made payments without delay and in full. The restructuring consultant is Raiffeisenbank, which successfully established itself as a consultant on comprehensive debt restructuring of Utair in 2015.

“Comprehensive restructuring of the debt portfolio is a complex process, in which it is important to adhere to a specific multi-factor action plan, and a shift in interest payments is one of the initial decisions that allow the company to continue operations even during the low flying season that is difficult for the entire aviation market”, says Dmitry Sredin, Head of the Department for Work with Large Companies, Managing Director of Raiffeisenbank.

“Utair took into account the unfavourable economic outlook for the airline industry and decided to first make payments for operating activities and flight safety. These are fuel costs, airport taxes, aircraft maintenance and crew salaries. Utair is a key regional carrier with a unique route network. The priority of the company is continuity of work and punctuality of transportation”, commented Andrei Martirosov, General Director of UTair Aviation JSC.