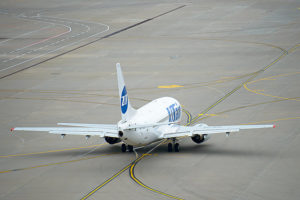 In 2018, the average cost of a ton of kerosene for the company increased by 35%, and the share of fuel accounted for 30% of all Utair expenses. The restructuring will optimize debt servicing costs and free up resources for operations.

“It is important to approach the process of restructuring the debt portfolio in a timely and comprehensive manner. Negotiations with banks have already begun, the general principles and terms of restructuring will be presented along with the updated financial model”, notes Dmitri Sredin, head of the department for working with large companies, managing director of Raiffeisenbank.

Due to strict cost control and increasing passenger traffic, Utair on time fulfills all financial obligations under loan and leasing agreements. To date, the amount of interest paid on restructured debt exceeded 8.2 billion rubles.

“Utair has no delays in interest payments and overdue debts to creditors, including banks. Timely fulfillment of debt obligations is the priority of the company’s financial model, but economic factors dictate the need to revise existing payment schedules. Constructive participation of creditors in the restructuring will ensure the continuity of work and financial stability of one of the largest regional carriers in Russia. Utair will be able to maintain economical fares and a high level of flight safety for passengers”, commented Andrey Martirosov, General Director of UTair Aviation Company.