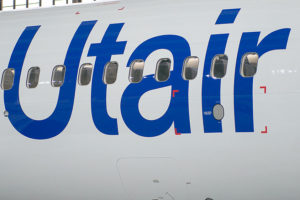 On January 26, at the Nizhny Novgorod airport, due to a technical malfunction, the UTair flight was detained for seven hours on the route Nizhny Novgorod – Yekaterinburg – Surgut. At the same time, as the prosecutor’s office notes, the airline did not provide a reserve aircraft for this flight.

An administrative case was initiated under Part 3 of Article 14.1.2 of the Administrative Code of the Russian Federation (carrying out entrepreneurial activities in the field of transport in violation of the conditions stipulated by the license). As a result, the airline was fined with 100,000 rubles (1,650 USD).

The press service of the Ural transport prosecutor’s office told that the airline had to quickly provide a reserve aircraft, but did not do so. As a result, the passengers flew only seven hours later.