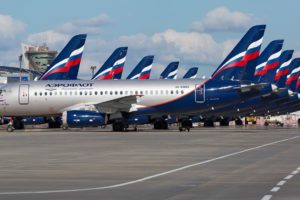 The Russian Association of Air Transport Operators has appealed to the government with a proposal to introduce a procedure for changing the growth in the cost of jet fuel.

“Today there is no order in changing the price of kerosene. We are not talking about regulation – we are talking about order. We need to understand what awaits us in three months at least. And now they are simply facing the fact”, said the President of Association of Air Transport Operators, Vladimir Tasun. “Why do we ask for three months? You are changing the price of kerosene for us today, and we have already sold the tickets for six months in advance. We want to have at least some lag for reflection, change the tariffs”, explained Tasun.

“In principle, the system is simple: you increase costs – you have to cover expenses with something. I can close expenses with one source – I have no other sources, like a passenger”, continued the head of the Russian Association of Air Transport Operators.

He also explained that the relevant proposal is already being considered as part of an instruction from President Vladimir Putin to develop a mechanism to compensate airlines for kerosene.

In early October, the local media reported that Russian airlines due to rising kerosene prices in the first half of the year for the first time in history suffered losses on traditionally profitable international destinations. According to the Association of Air Transport Operators, the total loss more than doubled the result of the same period in 2017 and reached 40.2 billion rubles.