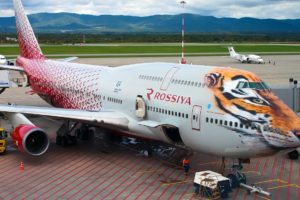 In general, the passenger turnover of Russian airlines in January 2018 was 19.469 million passenger-kilometers, which is 14.8% higher than the data for January 2017.

However, the currency month of the Russian aviation will be marked by the terrible accident with the crash of Saratov Airlines’ An-148 with 71 people on board. Following the accident, Russian airline grounds several jets for safety inspections, which definitely will affect the monthly results.

Russia is an important aviation neighbor of the EU. With more than 40% of all scheduled Russian passenger traffic directed towards EU destinations, the EU is Russia’s largest international aviation market.