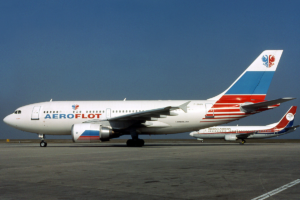 Despite the state support, Russian airlines are still unprofitable, as in 2016 their losses increased by 17.6% to 10 billion rubles. The largest losses are for domestic transportation, where despite a temporary decrease in VAT to 10%, these flights brought companies 33 billion rubles of loss. The industry participants fear that the year 2018 will be dramatic, as long as there is no extension of preferential VAT.

“The airlines of the Russian Federation in 2016 showed a total loss at the level of 10 billion rubles”, said the president of the Association of Air Transport Operators, Vladimir Tasun. “The main loss, as before, was received on domestic lines – 33 billion rubles. The operating profit on foreign flights could not cover losses on domestic flights, it amounted to only 23 billion rubles. At the same time, in 2016, the domestic flights increased by 7.3%, while international ones fell by 18.6%. The revenue of carriers for the year was about 1 trillion rubles”, added he.

“The situation in the industry was able to support a reduced VAT on domestic lines”, said also Vladimir Tasun. “The tax burden has dropped by almost 40 billion rubles for the year”, added he.

Against this background, airlines from the end of 2016 began to increase passenger traffic at double-digit rates: in January-April 2017 it increased by 20.8% to 27.1 million people.

However, the experts consider that the market is overheated by low tariffs, and airlines are trying to keep the passenger at low prices. According to the Transport Clearing House, the average cost of transportation of Russian airlines continues to decrease by an average of 3-5% per year: if in early 2016 it was 5.7 thousand rubles, then in early 2017 – 5.4 thousand rubles.

Transport Minister Maxim Sokolov said the other day that the project to zero VAT in the industry on approval, but does not include Moscow flights (that will affect only 25% of passenger traffic). The Ministry of Economy believes that the issue of extending VAT benefits or about zeroing the rate requires careful consideration.

According to the interlocutor in Aeroflot, Russian carriers “pursue a policy of active capacity growth” and by the end of 2016 their volume surpassed the Transaero times. He believes that “the prices themselves, at least for transportation in the economy class, will never grow: the average tariff of the industry on domestic lines has been steadily declining for the fifth year already”. Driver of growth in 2017 is expected to be the international transportation, and in summer additional support to the market will be provided by charter programs to Turkey.