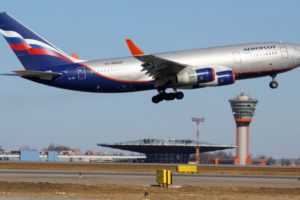 Russian airlines report loses on the traditionally profitable international destinations during the first half of 2018. The reason for the negative finance result is the rising kerosene.

Overall, The Russian airlines report a loss of 40.2 billion rubles (525 million EUR), as carriers, despite the cost increase, do not raise prices due to competition, according to the Air Transport Association. Thus, the reported loss exceeds twice the result of the same period in 2017.

To the usual losses on domestic routes (37.1 billion rubles or 49% more than the first half of 2017), a negative result on international routes was reported for the first time – 2.9 billion rubles.

Total carrier costs grew by 22.1%, to 645.3 billion rubles, while revenue only by 18.5% to 604.4 billion rubles. The main reason for the accumulated losses is the fuel, which cost has increased by 40.1% to 167 billion rubles. Until the end of the year, additional losses of 75-80 billion rubles are expected.

Airfuel prices rose sharply due to the rising cost of oil and the weakening of the Russian ruble. In Russia, the commodity price increased by 31.1%, to 47,200 rubles per tonne, in Europe and CIS countries, according to IATA, in mid-September the increase was 30%, while in North America it is 24%. The airfuel increase in Latin America and Central America is 27.2% and in the Middle East and Africa is 33%.