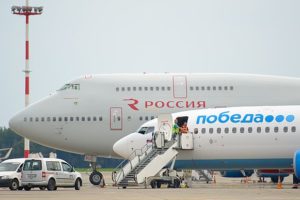 “This year we overcame the historical maximum and crossed the milestone of 100 million passengers”, said the head of Rosaviation, Alexander Neradko. “It is noteworthy that two-thirds of the total volume of passenger traffic in 2017 was implemented on domestic routes. This is a very good indicator, which we plan to increase by developing the capacity of the airports in the Far East and the Far North and restoring the previously existing extensive network of local air services in these regions”, added he.

For Rosaviatsia, developing of air traffic in Far East and the Far North is priority task in the short and medium term.

In general, the growth rates of air transportation create successful prerequisites for the further development of civil aviation as one of the most important sectors of the country’s economy.