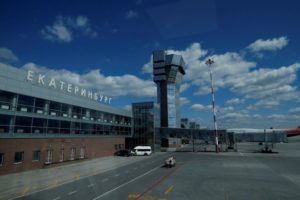 From June 4, 2018, Russian airlines will be able to refuse to transport hooligans and can deny to board them on the plane.

Until now, the air carriers have no right to refuse to transport hooligans. This will change with amendments to the Air Code, which will allow airlines to set up a register of airline passengers by June. Carriers will be able to refuse tickets to blacklist passengers. There may be disobedience to the commander’s requirements, hooliganism on board and acts that threaten the safety of passengers.

The Code of Administrative Offenses stipulates that the airplane commander has the right to take decisions on the take-off, landing and return of the airport. For the sake of safety, he can give orders to each person on board. Disobedience is punishable.

The term hooliganism is defined as threats, quarrels and insults to the crew. For action threatening the safety of passengers is considered, for example, the attempt to leave the plane, as is the case with drunken passengers.

Each airline will have its own list. Involving a person there will not happen automatically at the carrier’s request.

First, during the flight, the commander must detect the violation. A copy of the notification is served on the offender. If he refuses to receive it, this will be noted in the document.

Then the law enforcement authorities are involved with the hooligan, and the court decides whether to be prosecuted for administrative or criminal liability. It is only then that the name is blacklisted and the person must get a written warning from the carrier. The warning means that the airline will not sell the ticket and put it on board.

When can the airline cannot refuse a ticket?
This happens if the traveler returns to Russia, and there is no other way to get to where he is going. They must also release it when deportation, burial of a relative, a flight for treatment, and vice versa. All these circumstances are documented.

The fines for hooliganism remain, the maximum penalty is up to 2 years in prison.

On the black list, the name does not remain forever, but for a year. The carrier will then have to sell his tickets again.

Though now carriers can not refuse tickets, they still have registers with troubled customers. If such a customer travels, the carriers are watching him carefully and taking steps to make up the crew.