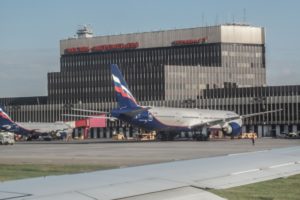 Russian airport Baikal in Ulan-Ude plans construction of international terminal by 2024. The construction will be preceded by the overhaul of the old terminal and will cost 1.6 billion rubles.

“It is planned to build a new terminal complex for international airlines with a total area of ​​8,000 square meters. The design of the new terminal is planned in 2021, construction – in 2022-2023. The project budget is about 1.6 billion rubles”, said the Buryatia’s Minister of Transport, Sergey Kozlov. He also added that the new owner of the Baikal airport, the company Novaport Holding, plans to overhaul the existing air terminal complex of domestic and international air lines with a total area of ​​more than 10,000 square meters.

“As a result, by 2024 the area of ​​the airport complex of the international Baikal airport will be about 19,000 square meters, which will provide airport with resources for the passenger flow of more than 1.5 million people per year”, said the Minister of Transport of the republic.

Earlier, the head of Buryatia Alexey Tsydenov reported that the reconstruction of the terminal of Ulan-Ude airport will begin after the construction of a new runway. Putting it into operation is scheduled for mid-2018.

The Baikal Airport is an intra-Russian airport hub of federal significance and has an international status. Its annual passenger traffic is about 300,000 people. One of the advantages of the air harbor in Ulan-Ude is the geographical location and the ability to receive flights from the countries of the Asia-Pacific region for technical landing, refueling and ground handling.

In 2017, the airport received the right to receive aircraft of foreign airlines that transit through Buryatia.