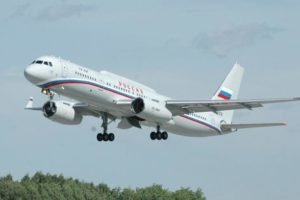 “In total, about 41 billion rubles are provided for the support of aircraft construction this year, although it is necessary to avoid administrative pressure, nevertheless it is necessary to give the right signals to state companies and companies with state participation”, said the Russian Prime Minister at his speech.

According to Dmitry Medvedev, Russian aircraft must win in the competitive struggle. To do this, it is necessary to improve existing and new models, improve their technical and operational characteristics, including through the production of modern, more economical and reliable aircraft engines. This work is in full swing within the framework of the state program “Development of the aviation industry for 2013-2025”.

Aircraft manufacturing is an important industrial sector in Russia, employing around 355,300 people. Russian aircraft industry offers a portfolio of internationally competitive military aircraft such as MiG-29 and Su-27, as well as new projects like Sukhoi Superjet 100. The manufacturing has portfolio of 95 fixed-wing aircraft, including 15 civilian models.