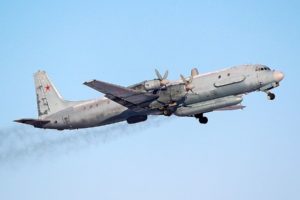 The concern Radioelectronic Technologies (KRET) is ready to re-equip the fleet of Russian reconnaissance planes Il-20 for the latest electronic warfare systems after the tragedy with the military aircraft in Syria.

“The IL-20 is a rather old aircraft equipped with standard onboard equipment designed to protect against man-portable air defense systems. If the Defense Ministry sets the relevant task, we will equip the existing Il-20 fleet with advanced electronic warfare systems”, said the deputy director of Radioelectronic Technologies (KRET), Vladimir Mikheev.

The statement was made in wake of the recent tragic events connected with the Il-20 aircraft. On September 17, the Russian Hmeimim air base in Syria lost contact with the crew of the military aircraft, which was monitoring the situation on the ground in Syria’s Idlib province.

According to the Russian Defense Ministry, Israel had notified the Russian military of its airstrikes only one minute before their start and failed to provide the location of its bombers to Russia. As a result, the Il-20 was caught in the crossfire and downed by a missile launched by Syria’s S-200 air defense system.

Russia has blamed the incident on Israel and said that the Israel Defense Forces (IDF) used the Russian Il-20 as a shield. The Israeli side has refuted these statements, saying that they had notified the Russian side in due time.

Ilyushin Il-20 was a Soviet prototype for a heavily armored ground-attack aircraft to replace the Ilyushin Il-10. It featured a number of innovative concepts including a cockpit mounted on top of the engine, directly behind the propeller, and wing-mounted autocannon that could be adjusted on the ground to fire level or depressed 23 degrees to allow the aircraft to strafe ground targets while remaining in level flight.