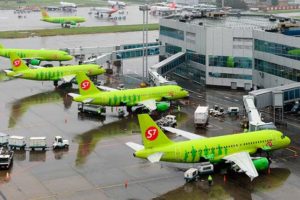 Following the results of 2018, S7 Airlines became the most punctual Russian airline, ranking sixth in the European Punctuality rating. During the last year, 82% of flights of S7 Airlines were operated without delay. In the past year, the airline, together with the operator Gazpromneft-Aero and Alfa-Bank, was the first in Russia to refuel the aircraft using digital smart contracts based on blockchain technology.

At the end of last year, S7 Airlines switched to the most advanced Altea Passenger Service System, which includes advanced IT solutions in the field of airline resource management, booking, ticketing and passenger check-in. The complex provides an opportunity for further improvement and optimization of internal processes, allowing passengers to evaluate a new approach to travel management in the very near future, they also noted in the company.