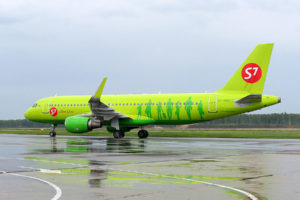 The Russian S7 Airlines, a member of the oneworld global aviation alliance, has resumed direct scheduled flights from Moscow to Vienna since April 30, 2019.

“We are pleased to once again offer S7 Airlines passengers, who prefer city sightseeing tours, direct regular flights to Vienna. The city is always popular as the capital of all kinds of cultural events, and also attracts art and classical architecture lovers”, said Igor Veretennikov, commercial director of the S7 Group.

The departure time is planned in such a way that Vienna can be conveniently reached not only from Moscow, but also from Russian cities of the broad S7 Airlines route network with minimal connections at Domodedovo Airport.