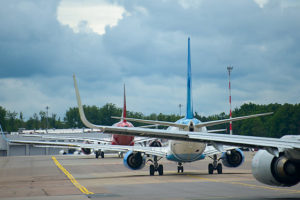 Russian senators intend to apply to the government a request to regulate the air transportation prices, which they consider to be too high. Such a proposal, according to Sergei Kalashnikov, the first deputy head of the economic committee of the Council of Federation, is contained in the proposals of the working group set up in the Federation Council on behalf of Valentina Matviyenko, Chairwoman of the Federation Council.

“With the beginning of the autumn session, at the end of September, we will make these recommendations for consideration by the committee on economic policy and at Federation Council”, said Sergei Kalashnikov.

As negative components affecting the price of the air tickets, Kalashnikov called “artificial overestimation of the cost of aviation kerosene, high prices for servicing aircraft at airports”. In addition, the airlines themselves seek to get the most benefit, artificially inflating the cost of tickets at increased demand in the summer.

The working group of the Federation Council also proposes subsidizing transportation for preferential categories of citizens and to remote territories.

“We propose to apply to the government of the Russian Federation, and in particular, to the Ministry of Transport and the Federal Antimonopoly Service (FAS) for the settlement of these issues”, explained the senator. He stressed that antimonopoly legislation is sufficient for solving the tasks set, and there is no need to “step on the market principles”.

Sergei Kalashnikov explained that airports are often micro-monopolists in their regions, and their activities should be monitored by the FAS.

At the same time, Kalashnikov noted that if the senators, after appealing to the Cabinet, do not see any progress in resolving the issue of regulating air transportation tariffs, “it is also possible to amend the legislation, up to the recommendation to introduce state regulation in this sphere”.