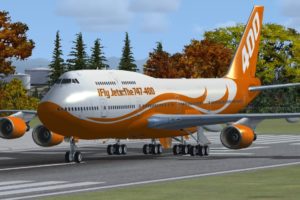 Russian tourists, who are stuck in Turkey, will sue the tour operator Tez Tour and the airline iFly. More than 300 people were unable to return Moscow for three days and remained at Bodrum in Turkey. They got to Moscow and are preparing a legal actions against the tour operator.

The iFly plane did not arrive in time to the Turkish city of Bodrum on time because of late technical maintenance. Since Friday, people have been brought to the airport several times, but then taken back to the local hotel. Tez Tour employees could not explain when the flight will be completed. The situation was aggravated by the earthquake and flooding that tourists suffered on Thursday.

“Everything happened absolutely spontaneously. We did not even believe that we would fly away. We were once again brought to the airport, the exit to the plane was fenced off with some strange ribbon, it was impossible to photograph. Once again we were examined, we took all the water, and then just declared a takeoff and we flew away. It was not very clear why the airline iFly, if it had spare aircraft, did not send the liner before. We are going to sue the tour operator and the airline”, said a passenger from the troubled Russian tourists, Anna Lavrukhina.

Interlocutors of the radio told that not all tourists waited for the iFly flight to Moscow. Some bought tickets for other airlines.

The airline and tour operator for a long time did not get in touch not only with customers, but also with the Russian authorities. The Moscow Transport Prosecutor’s Office is conducting an audit against iFly.

Earlier, the Director General of the Federal Air Navigation Authority, Alexander Neradko, after a continuous delays in flights announced a possible restriction of charter programs.