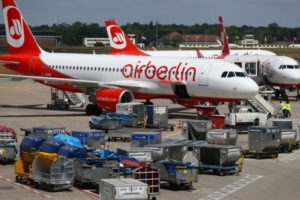 The low-cost airline Ryanair has accused Lufthansa and the German government for manipulation, the purpose of which is to carve up control over the budget airline Air Berlin. Complaints have been filed with the EU and the German Antimonopoly Service.

Air Berlin announced its bankruptcy on August 15, but continues to carry out air transportation. The German government granted the company a loan of 150 million EUR to continue operations during the transition period. Later it became known that the negotiations on the acquisition of a stake in a bankrupt carrier are being conducted by the largest German airline Deutsche Lufthansa.

“This manufactured insolvency is clearly being set up to allow Lufthansa to take over a debt-free Air Berlin, which will be in breach of all known German and EU competition rules”, said Ryanair. “Now even the German government is supporting this Lufthansa-led monopoly with 150 million EUR of state aid so that Lufthansa can acquire Air Berlin and drive domestic air fares in Germany even higher than they already are”, adds the statement of the Irish lowcoster.

Ryanair recently complained to the Bundeskartellampt about a deal under which Lufthansa subsidiaries Eurowings and Austrian airlines hired Air Berlin craft and crew to fly routes for them.