In the middle of the controversy, Boeing has denied the accusations of the change of name of its airship, that a few months ago, it took 346 lives in two accidents.

A Boeing 737 MAX waiting for delivery to Ryanair (low-cost Spanish airline) has been seen with a different name painted on its nose, which generated new speculation about whether Boeing and the airlines are changing the name of the plane after two accidents mortals who charged 346 lives.

A photographer who has been following the production of the 737 MAX, at the Boeing factory in Renton, Washington, posted photos on Twitter on Sunday night showing a Ryanair airplane marked 737-8200.

A spokesman for Boeing told Forbes that no name changes are being made to the 737 MAX, which has been grounded worldwide after the second accident in March.

“We remain open to all comments from customers and other interested parties, but we have no plans to change the name of the 737 MAX,” he said in a statement sent by email.

“737-8200 is not a new name”: Boeing lists this on its website as a designation for a variant of the 737 MAX 8, designed for low-cost operators that increases the maximum number of seats on the plane from 178 to 210. However, Ryanair, as well as the American aircraft manufacturer, previously referred to the aircraft as the 737 MAX 200. 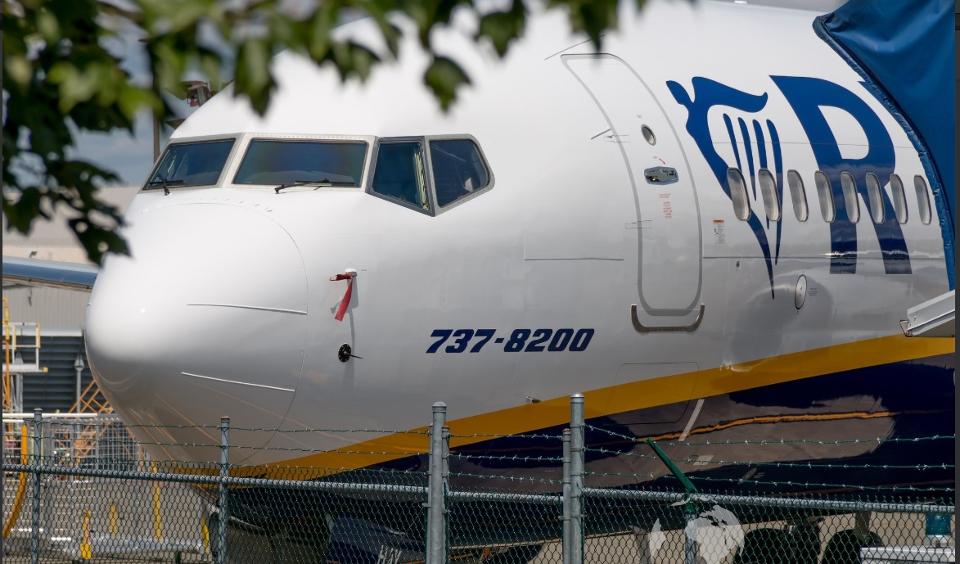 Ryanair is the launch customer for the aircraft, with 135 aircraft on request (to date).

It is possible that Boeing retains the MAX name in its commercialization, while allowing airlines to choose a different nomenclature. Last month, when Boeing obtained a letter of intent from International Airlines Group (IAG) [Fusion between Iberia and British Airways] for a major order of 200 aircraft at the Paris air show, the manufacturer’s announcement referred to the aircraft as the 737 MAX, while IAG, issued a press release describing the order as a mixture of 737-8 and 737-10 aircraft.

Ryanair did not respond to a request for comments, made for this report. It is likely that airline market research will show negative feelings and that customers will try to avoid flying on the plane, says Ernie Arvai, an AirInsight consultant.

Aircraft consultant Michael Boyd says it would not be prudent for Boeing to try to change the name of the aircraft before aviation regulators approve the training arrangements and adjustments that will allow it to return to service. Once that obstacle has been overcome, and the brand can credibly claim that it is an improved product, a re-branding would be in order, “but almost silently, with limited fanfare,” he says.

The finance director of Boeing, Greg Smith, suggested in an interview with Bloomberg, in June, at the Paris air show, that the aircraft manufacturer could be open to a change of name, however, the company has thrown cold water about this idea, since then.