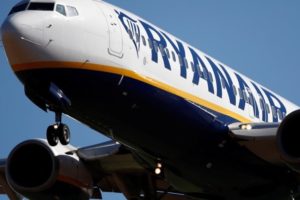 Ryanair has been criticized for failing to take adequate action during an incident on board of flight FR015 from Barcelona to London Stansted, when one of the passengers made racist remarks against his neighbor. Video of the incident was posted in social networks by one of the eyewitnesses of the scandal, which has gained half a million views.

The victim, 77-year-old Delsie Gayle (a native of Jamaica), was subjected to a tirade of abuse after she was unable to move out of her aisle seat quickly enough to let the unidentified man sit down in his window seat.

Video of the incident, recorded on 19 October on flight before the plane had taken off, shows a man shouting at a woman telling her to move seats while her daughter tries to stand up to him, telling him her mother is disabled.

Ryanair said on Sunday they had reported the incident to Essex Police, despite the fact the UK-bound flight was still on the tarmac in Spain.

“We have worked to identify both parties involved in this incident and passed this information to the Spanish authorities, who are leading on this investigation”, said the Essex Police in a statement. “Our officers will continue to provide assistance where necessary throughout the course of this case”, adds it.