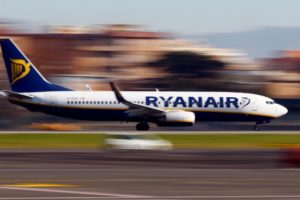 The growth in passenger traffic has, however, slightly slowed down for the year as compared to the 10% increase in 2017.

The Irish carrier reported double-digit monthly increases on a year-on-year basis since September, after the first half of the year and early summer were marked by a slowdown in traffic.

In December, the increase was 12%, well above the slight increase of 4% in July – the weakest month of the year.

In addition, the company reported that occupancy of airplane seats was 96% throughout the year.

Ryanair reported a new record despite many canceled flights to March due to a serious pilot issue that showed deep social discontent in the company.

The airline also had to recognize the trade unions – something it had never done before. The reason was the outbreak of discontent among pilots and cabin crew, which was expressed in a series of strikes – especially in the second half of 2018.

At the end of November, the company assured that its dealings with the unions would be normalized in the first quarter of 2019 with the signing of social agreements in most of the European countries where Ryanair is present.