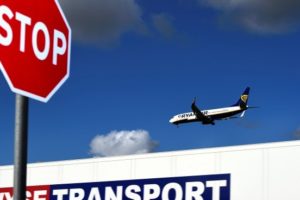 The low-cost Irish airliner Ryanair intends to cancel a further 400,000 flight reservations between November 2017 and March 2018, further exacerbating the crisis in the company. Ryanair has confirmed it will shrink its fleet by 25 aircraft out of a total of 400 aircraft over the same period. According to the airline, the move, which will cost up to 25 million EUR, will eliminate the risk of extra cancellations and reservations. After April 2018, the company will operate 10 machines less.

Since the end of October, the company has already canceled more than 2,000 flights, affecting 315,000 customers. Previous cancellations have been explained with errors in planning pilots’ vacations.

In order to avoid canceling new flights, the company tried to force pilots to give up their already approved vacations against bonuses. But the proposal has met only a little support, with almost no one wanting to help a concern. After pilots of the carrier rejected the 12,000 GBP non-tax bonus offer to give up planned holidays, Michael O’Leary announced that the company plans to hire 125 new pilots within the next week or two to prevent a new wave of canceled flights.

According to the company, the new winter schedule will mean lower growth for shareholders. Monthly growth from November 2017 to March 2018 will slow down from 9% to 4%. The total traffic for the year, which was expected to be 131 million people, will be delayed to 129 million, which is a growth of 7.5% on an annual basis.

The affected passengers will receive a 40 EUR travel voucher for another service from Ryanair between October 2017 and March 2018.

Rayanair has canceled over 2,000 flights for confusion when planning pilots’ vacations. Over 400,000 people are affected by the problem.

The European Commission has urged last weekend the airline to meet its obligations to the passengers, offering alternatives and returning the money and compensations. The consumer organizations in Italy, Spain, Belgium and Portugal have announced joint actions to protect passengers, threatening Rayanair that if it does not take action within eight days to compensate its customers, they will bring it to court.

Ryanair denies any problems with the pilots, claiming that 4200 pilots currently have contracts.