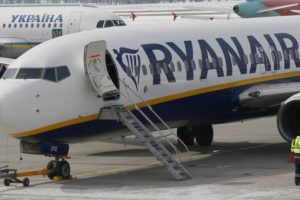 Irish airline Ryanair reported a year-on-year increase in its profit but warned that higher costs would make the year ahead more difficult. The carrier reported a 10% profit growth for the year by the end of March 31, reaching 1.45 billion EUR. However, forecasts are negative – expectations are that profit will shrink by up to 14% in the coming year to March.

At the same time, the company expects higher kerosene prices to increase the pressure in the short term, but may prove useful as it will eliminate competitive rivals.

“Some of these companies, which are at a loss and could not make money when the oil was 40 USD per barrel, will certainly not survive”, said the CEO of Ryanair, Michael O’Leary.

According to the company’s calculations, in the next 12 months the profit will decrease to between 1.25 and 1.35 billion EUR. This includes higher crew costs, which have risen by 100 million EUR.

Ryanair had to cancel more than 20,000 flights in September, as crew schedules problems caused shortage of staff for all company flights. The company had to refund the money for passengers and start negotiations with the unions after the first strike of her employees in her history.

However, the largest low-cost carrier in Europe reported that there has been an increase in the number of passengers using the company’s services last year. They grew by 9% to 130.3 million people. This is due to lower prices, with Germany, Italy and Spain being the three most growth markets.

The carrier expects a 7% increase in passengers next year but warned that it could have a 9% increase in spending, including staff salaries and higher fuel prices. However, it is predicted that tariffs will remain unchanged.