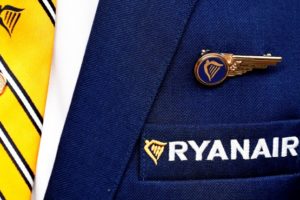 Ryanair signed an agreement with Belgian cabin crew and pilots according to which will apply the local law on their contracts next year. The trade unions will meet with the Irish airline four more times by the end of the year to negotiate agreements on working conditions, including wages, and if no progress is made, they may strike again.

“If the negotiations do not progress, we will obviously strike again, but first, we need to see where they are going”, said theCNE union representative, Yves Lambot.

Earlier last week it became clear that Ryanair has reached several agreements on working conditions with pilot unions in several European countries at a time when the cabin crew of the company is threatening with new strikes.

Agreements represent progress for the carrier, but they are far from addressing the social demands of pilots in some countries and, above all, the cabin crew, who led the recent strikes.

At the same time, Ryanair reported a 7% decline in profit for the April-September period, due to the higher fuel costs and weaker reservations. According to the company, short routes in Europe will not be strong in the winter.