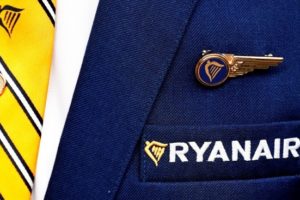 The Irish airline Ryanair wants to cut all its staff at Eindhoven airport in the Netherlands, which has shown a bad economic result. This was announced by the Dutch pilots’ trade union.

Ryanair closed its winter base in Eindhoven in early November, offering pilots and cabin crew to move to work abroad to cut redundancies. The company’s decision provoked protests among trade unions.

The Irish airline has filed a request for collective redundancies in the institution charged with issuing dismissal permits in the Netherlands, the Dutch pilots’ union said in a statement released last night.

Obtaining permission from the Dutch regulator in case of collective redundancies is mandatory under Dutch law, says the spokesman for the pilots’ union.

Ryanair is an Irish low-cost airline founded in 1984, headquartered in Swords, Dublin, Ireland, with its primary operational bases at Dublin and London Stansted airports.