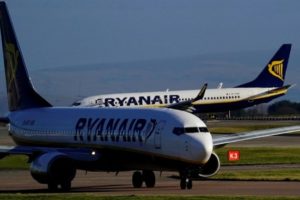 Trade unions have called for a strike on September 28 of Ryanair’s cabin crew in five European countries. The five countries are Belgium, the Netherlands, Italy, Spain and Portugal.

Ryanair has previously announced it will try to minimize passengers’ problems by cancelling as few as possible flights if pilots in five countries meet their threat of strike this month.

The largest low-cost airline has been fighting the growing protests in the company in recent months. Yesterday pilots and cabin crew in Germany were on strike, which led to the cancellation of 150 out of 400 flights.

Management representative Peter Bellew expressed optimism that most Ryanair flights to and from Germany will be resumed today after the strike is terminated at 3 am this morning.

The the pilot’s trade union Cockpit and the German trade union Verdi organized the strike demanding better wages and working conditions for its members.