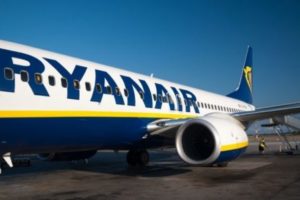 The shareholders in Ryanair hit the president of the company, who was re-elected at the annual general meeting of shareholders, stepping into a tight environment for unprecedented strikes in the airline.

David Bonderman was re-elected to the board of the Irish low-budget airline with only 70.5% of the general assembly votes in a hotel in Gormanston near Dublin. This means that nearly 30% of the shareholders have not voted for David Bonderman to remain in this position, and this is an incredibly high percentage.

Last year, David Bonderman was re-elected with 89.1% of the vote.

The Chief Executive Officer Michael O’Leary, however, was re-elected by a large majority – 98.5% of the vote.

“Ryanair’s shareholders endorsed all decisions by a large majority”, said the airline in communique.

The president of the company performs a representative and supervisory role while the CEO manages the actual business.

The association of pension funds, which are part of Ryanair’s capital, expressed satisfaction with the disapproval of Bonderman.

The trade unions in Belgium, Spain, Italy, the Netherlands and Portugal have called for strike of Ryanair cabin staff on September 28th. They want better working conditions and insist that every employee is hired to contract by virtue of the law of the country where he lives.