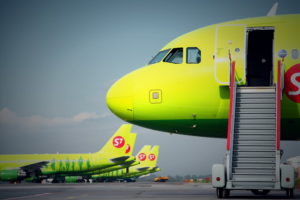 “Every year more and more passengers of S7 Airlines make a ski holiday on a winter vacation. Since December travelers from St Petersburg will be able to travel direct flights to Lyon, from which have an easy access to popular resorts in the French Alps – Chamonix and Val d’Isere. On the other hand, the direction will be interesting for those who like excursion tourism. Lyon is one of the largest cities in the country with a rich historical heritage and the generally recognized gastronomic capital of France”, said Commercial Director of S7 Group, Igor Veretennikov.

In the new winter schedule of S7 Airlines, there will be other European ski destinations from St Petersburg. From the end of December, direct weekly flights from Pulkovo Airport will be performed in Austria’s Salzburg and Innsbruck, Italian Verona and Turin. By tradition, a pleasant bonus for fans of sports recreation will be free transportation of ski and snowboard equipment.

S7 Airlines, legally PJSC Siberia Airlines, is Russian airline headquartered in Ob, Novosibirsk Oblast, with offices in Moscow. As of 2008, it was Russia’s biggest domestic airline. Its main bases are Domodedovo International Airport and Tolmachevo Airport.