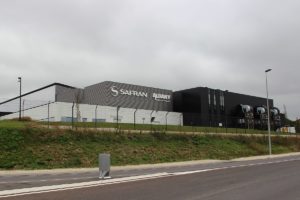 French company Safran conducted the first tests of a hybrid propulsion system for air taxi with vertical take-off and landing, as well as aircraft with a short take-off. The tests, which were recognized as successful, took place at the Safran enterprise for the testing of helicopter engines near the airport in France.

The hybrid propulsion system include a gas turbine generator, a rechargeable battery and several electric motors. In flight, the generator charges the batteries and powers the electric motors. The supporters of hybrid power plants, believe that they will provide an optimal balance between the environmental technology of aircraft and the range of flight.

In mid-June, the American company Bell Helicopter entered into an agreement with Safran on the joint development of a hybrid propulsion system for a prospective air taxi. The new aircraft will be created separately from the joint with Uber Technologies program of fully electric air transport Urban Air Taxi.

In case of successful development and certification, a new hybrid air taxi can begin to carry out passenger transportation as early as 2025. According to Bell Helicopter, according to its characteristics, a hybrid air taxi for at least the next 20 years will exceed any electric aircraft of this class.