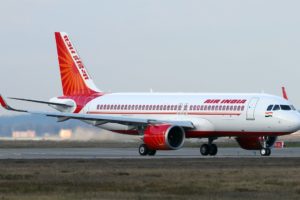 At the moment, law enforcement officers identify the owner of the gold and check if he is smuggler who tried to hold precious metal.

The value of the seized gold was about 77,000 USD. The gold was detained by the prosecutors as evidence for initiating the investigation.

The airline gave all the needed information and cooperated to the local authorities. Police sources said that the flight connecting Delhi-Madurai-Singapore, landed at Madurai airport at 12.35 pm.

Air India is the flag carrier airline of India. It is owned by Air India Limited, a government-owned enterprise, and operates a fleet of Airbus and Boeing aircraft serving 90 domestic and international destinations.