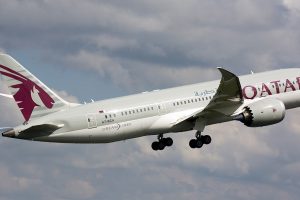 Saudi Arabian civil aviation administration has announced that it has imposed a ban on all Qatari airplanes landing at the airports in the kingdom after breaking of the diplomatic ties with Doha and strained relations between the neighboring countries. The statement by the aviation authority says that the ruling is in force immediately and includes all private and commercial airplanes in Qatar that will be forbidden to cross Saudi Arabia’s airspace.

It is also added that all Saudi commercial and private air carriers will be banned from operating in Qatar.

Earlier, Saudi Arabia, Egypt, the United Arab Emirates (UAE), Bahrain, Yemen, Libya and the Maldives announced that they were interrupting diplomatic relations with Qatar, the eminent reason being that the emirate supports terrorism.