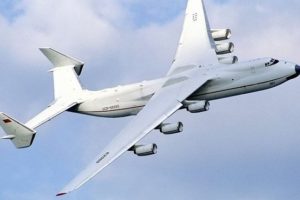 Saudi Arabia is interested in buying Russian aircraft and there is a chance to enter the first contract by mid-2018, revealed the head of the Business Partners Association for Cooperation with the Kingdom of Saudi Arabia (RUSA), Andrey Tarasov.

“The Kingdom is very interested in buying our medium-haul aircraft, small aircraft and training Russian aircraft. Yesterday we had a big meeting with representatives of the Saudi Ministry of Transport where we discussed the validation of airworthiness certificates so that the Saudi side could buy Russian-made aircraft, regardless of today’s sanctions and the lack of international certificates”, said Andrey Tarasov.

He noted that the Saudi side had already held relevant meetings with representatives of Russian airlines during the MAKS airshow. At the same time the head of RUSA stressed that the kingdom is interested not only in buying aircraft equipment, but also localizing production on its territory, including the transfer of technology.

According to Andrey Tarasov, Russia is ready for cooperation in this direction and in November it is possible to sign a memorandum of understanding.

“We are, in principle, ready for this and are actively negotiating. Perhaps the first memorandum of understanding between Saudi colleagues and Russian airlines will be signed at the Dubai Air Show on November 14-16, and most likely a road map, according to which we, probably, by the middle of next year will go out on the first contract”, added he.

Tarasov also said that the representatives of the Saudi side also expressed interest in the trip to the Russian factories and manufacturers. It can take place at the end of November. In the initialk stage of talks, Saudi side is interested in test purchase of 2-3 planes, but later to extend the order to 24-26 aircraft per year.

“It’s not about quantity, but about the concept of building a relations and trade connections, about starting work, because until now nothing like this has happened. To date, we have included in the protocol of the intergovernmental commission the issue of validating flight certificates and validating pilot licenses, so that our pilots were able to fly on the territory of the country both at work for hire and as instructors to speak”, said Tarasov

Russian business mission visited Riyadh on November 1-2, including about 50 companies.