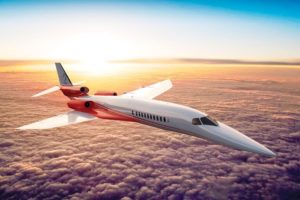 Scale model of the prospective American supersonic passenger aircraft S-512 made its first flight. The prototype tests were conducted at one of the training grounds in New England, USA. The first flight tests of the model, which received the designation SX-1.2, were recognized as successful.

When developing aviation equipment, specialists carry out tests of reduced models of aircraft. Such checks are usually carried out in a wind tunnel, but some companies also create unmanned flying versions of aircraft. Tests of such models to evaluate the correctness of the selected technical solutions when designing it. In addition, scale aircraft flight tests allow developers to relatively cheaply and quickly make the necessary changes immediately in the design of the model in order to improve certain parameters of it. The introduced changes are then taken into account in the further design of aviation equipment.

The SX-1.2 model, developed by Spike Aerospace, completed a total of seven test flights. Their goal was to check the design decisions and the effectiveness of flight control elements. After each flight, the specialists made some changes to the model, including correction of the centering of the aircraft and refinement of the mechanization of the wing.

At present, Spike Aerospace specialists analyze the data obtained during the SX-1.2 test flights. After it is completed, additional changes will be made to the model. In addition, in the near future, the assembly of a new reduced prototype of S-512 projects (SX-1.3) will begin. It will be larger than the tested SX-1.2.

Spike Aerospace plans to begin flight tests of a full-scale prototype S-512 no later than 2021, and to begin deliveries of the first serial aircraft to customers – latest in 2023. According to the project, the S-512 will be able to carry up to 22 passengers at speed up to 1.6 Mach. The range of this aircraft will be 11,500 km.