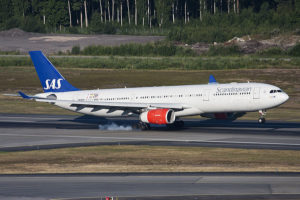 The Scandinavian airline SAS has been forced to cut 930 flight attendants due to a large-scale pilots’ strike that has been going on for five days.

“This is true. We are talking about 930 flight attendants and about 70 trainees”, said the representative of the airline, Knut Morten Johansen. As noted, all employees who fell under the reduction are members of the Norwegian trade union.

The company attributed the cuts to the financial losses that the company has suffered because of the SAS pilots’ strike in Norway, Denmark, and Sweden last Friday. From the beginning of the strike, the company was forced to cancel more than 3,000 flights.

The head of the airline SAS, Rickard Gustafson, said that the pilots’ action causes serious damage to the company, but found it difficult to estimate financial losses. According to experts, the strike costs SAS from 3.5 million EUR to 7 million EUR daily. Currently, the parties do not maintain contact and do not negotiate.

Scandinavian Airlines, usually known as SAS, is the flag carrier of Sweden, Norway, and Denmark, which together form part of Scandinavia. The airline’s main hub is at Copenhagen-Kastrup Airport, with connections to 109 destinations around the world. Stockholm-Arlanda Airport (with 106 destinations) is the second largest hub and Oslo Airport, Gardermoen being the third major hub of SAS.