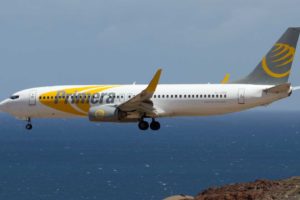 The Scandinavian low-cost airline Primera Air announced bankruptcy and ceased all operation at midnight on Monday after 14 years in the business. The airline, which offered low-cost long-haul flights from the UK airports, informed the passengers not to go to the airport for their schedule Tuesday flights and grounded all its 15 aircraft.

Earlier this year, Primera Air started offering low-cost flights from Stansted and Birmingham to North America, including Washington, Newark, and Toronto. Just a week ago, the airline even opened Tel Aviv – Paris flights, but now cease all operations due to misunderstanding with creditors.

Most of the airline’s business involved taking Scandinavian holidaymakers to destinations such as Spain, Greece, Italy, Egypt and Turkey.

The airline said it had failed to secure long-term financing, meaning it had “no choice” but to file for bankruptcy. Primera’s decision to start competing with other low-cost long-haul operators such as Norwegian and Wow appears to have led to its demise.