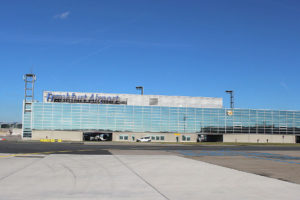 Security officers at eight German airports have launched warning strikes. The strikes are carried out at the call of the Verdi trade union in Bremen, Hamburg, Hannover, Dresden, Leipzig, Munich, Erfurt, and also in the country’s largest air hub in Frankfurt.

The strikes will end at different times – from 18:00 to 00:00 local time. According to the Association of German airports, during this time they will cause flight cancelations and violate travel plans for 220,000 passengers. How many flights will be canceled has not yet been reported. Only in Frankfurt almost half of the flights were canceled – 570 of 1,200.

Verdi wants 16,000 employees of the security services of German airports to have a single salary – at 20 EUR per hour. While the salary depends on the region, as well as on what exactly is the responsibility of the employee.

The head of the German Association of Employers criticized the methods of the union.

“Verdi deliberately limits the mobility of tens of thousands of passengers and thus damages our economy. I believe that such measures are completely disproportionate”, said Steffen Kampeter, director-general of the BDA employers’ federation.

Newer PostPassengers of TUI Airlines had to sit on the floor during Menorca-Birmingham flight
Older PostPassenger traffic at Crimean Simferopol Airport reached 5.146 million people in 2018