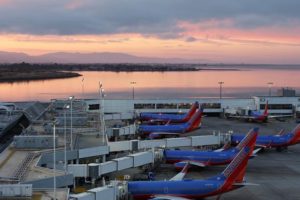 Several dozen flights at New Zealand’s airport Oakland were cancelled after fuel leakage. The leak in the pipeline of local Refining New Zealand refinery, there was lack of fuel supplies at the weekend to the airport. This resulted in cancellation of 27 domestic and international flights. According to the local authorities, the interruptions in the airport will affect about 2,000 passengers daily.

The workers of the local Refining New Zealand refinery discovered a leak on Thursday. As the company spokesman Greg McNeil said, according to preliminary investigation, the excavator “touched” and made a hole in the pipeline. The exact cause of the leak is being clarified, however, according to McNeil, apparently interference by external force.

According to local media, the damage to the pipeline could be caused by a digger searching for ancient cauri trees lying underground. According to the a source close to the leadership of Refining NZ, this could happen a few months ago.

The refining company Refining NZ on Thursday announced the localization of the leak. According to the plant’s representative, 10 to 14 days are required to eliminate its consequences.