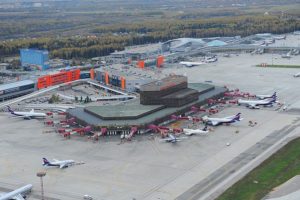 Sheremetyevo International Airport summed up the results of its production activities for the first 10 months and October 2018. Since the beginning of the year, the number of served passengers increased by 13.5% compared to the same period in 2017 and reached 38.408 million people (passenger traffic includes infants from 0 to 2 years).

The most popular foreign destinations in January-October were Antalya, Paris, Beijing, Tel Aviv and Yerevan, the Russian Federation ones – St Petersburg, Sochi, Simferopol, Yekaterinburg and Krasnodar. Aeroflot, Nordwind Airlines, Royal Flight, Icarus, Air France and Air Astana made the largest contribution to the growth of passenger traffic at Sheremetyevo in the first ten months of 2018.