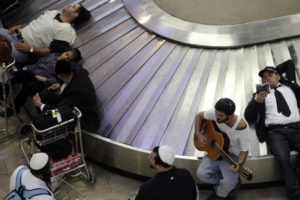 The Israeli Prime Minister Benjamin Netanyahu expressed hope that direct flights between Tel Aviv and Mumbai, the economic capital of India, will become much shorter over Saudi airspace. The reduced flight duration would allow for the development of direct air links between the two countries.

Air India on Thursday evening made its first direct flight to Tel Aviv through Saudi Arabia’s airspace. Until now, Riyadh had banned over its territory flying to the Jewish planes, as the country do not maintain diplomatic ties.

During the weekly cabinet meeting, Benjamin Netanyahu called Thursday’s “breakthrough to new markets” and “big change”. He said the target was the direct flights between Tel Aviv and Mumbai to be only five hours.

Currently, the direct flights of Israeli company El Al Airlines to Mumbai are around eight hours because the machines have to bypass Saudi airspace and this extends the route. After Riyadh lifted the ban, Air India plans to make flights to and from Israel three times per week.