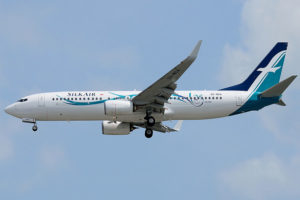 The declared changes will occur in the period from April 2019 to the second half of 2020. The decision to transfer flights was made based on the results of a thorough examination conducted in order to determine which airlines of the SIA group are able to respond most effectively to changing customer requests.

“We crossed the equator of a three-year global transformation program, and this news marks another important stage. Changes within the route network of the Singapore Airlines group will strengthen our position in the long term, allowing us to use the liners and airlines that are most suitable for each destination”, said the CEO of Singapore Airlines, Goh Choon Phong.

In May 2018, Singapore Airlines announced the launch of a major investment program that provides for the modernization of the liners of its regional branch of SilkAir before the planned merger of the two companies. As part of the program, SilkAir’s aircraft will be equipped with folding seats in the Business class and on-board entertainment system in the Business and Economy classes.

These investments are aimed at ensuring compatibility of onboard products and services provided by the group of companies. At the same time, the Scoot fleet, a budget unit of Singapore Airlines, will be replenished with 14 Boeing 737-800 aircraft, formerly owned by SilkAir, which in turn will expand its fleet in the coming years with the arrival of new Boeing 737 MAX 8 aircraft.