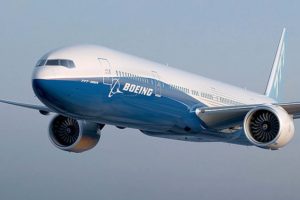 Singapore Airlines intends to sign a contract for the purchase of Boeing 777 and Boeing 787, according to the Singapore Prime Minister Lee Hsien Loong. The company will finalize an order for 39 Boeing aircraft worth 13.8 billion USD at list prices.

“We expect that the agreement will be signed”, said the Singapore Prime Minister, Lee Hsien Loong. “More details will be announced after the signing of the purchase agreement with Boeing”, added he. As expected, the deal will be concluded during his visit to Washington.

At the beginning of the year, one of the largest air carriers in Asia signed an agreement on the intention to purchase 20 Boeing 777s and 19 Boeing 787s at a total cost of 13.8bn.

Singapore Airlines is the launch customer for the 787-10, a stretch version of the Dreamliner, having made 30 firm orders in addition to the 19 announced in February. Boeing completed final assembly of the airline’s first 787-10 earlier this month ahead of delivery in the first half of 2018.

The deal was viewed as a major blow to Airbus as it battles against Boeing in the widebody market. Airbus has lagged Boeing in net orders in the first nine months of the year, with 271 at the end of September versus 498 for its US rival.