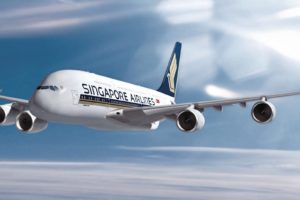 The Singapore Airlines operating profit increased to 281 million SGD (207 million USD) in Q2 2017, which represents an increase of 45.6% yoy. The air carrier benefited from transportation volumes growth and increase in capacity. The Singapore Airlines revenue increased by 5.6% to 3.864 billion SGD. Excluding one-off payments during the 2016-2017 and 2017-2018 fiscal years, the Group’s revenue increased 5.2%, While operating profit increased to 108 million SGD.

The revenue in other segments remained at the level of last year, which is explained by a number of factors: unlike in the previous fiscal year, additional revenues from unused air tickets (151 million SGD) were not taken into account, while additional expenses incurred as a result of the KrisFlyer loyalty program (115 Million SGD) and related to the reduction in the order volume of Airbus aircraft (58 million SGD).

“The business outlook for the airline industry remains challenging as the uncertain global economic climate and geopolitical concerns, coupled with overcapacity in our key markets, continue to dampen yield performance”, said the statement of Singapore Airlines.

Singapore Airlines Limited is the flag carrier of Singapore with its hub at Singapore Changi Airport. The airline uses the Singapore Girl as its central figure in its corporate branding.