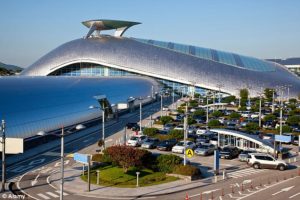 Singapore Changi Airport has been recognized as the best airport in the world for the seventh year in a row. This is stated in a statement released on Thursday by the company-operator Changi Group on the results of an international study conducted by a reputable company Skytrax.

Skytrax chief executive Edward Plaisted noted that it is “an incredible achievement is to occupy the top position for seven years in a row, which underlines Changi’s popularity among international travelers”.

The second place went to Tokyo Haneda Airport, and the third went to Seoul Incheon International Airport, followed by the airport in Doha. The ranking is completed by Hong Kong and Centrair Nagoya. The highest rated European airport is Munich airport, which is on the seventh position, following by London Heathrow on 8th place.

The highest rated North American Airport is Vancouver on 17th position, while the top US airport, according to Skytrax rating, is Denver on 32nd position.

The study was based on a survey of more than 13 million travelers among representatives of 105 countries and territories. Respondents rated 550 airports around the world on various parameters, including check-in, arrival, transfers to connecting flights, the security system in general, the availability and range of stores and so on.

Changi Airport is the major civilian airport for Singapore, and one of the largest transportation hubs in Southeast Asia. It is one of the world’s busiest airports by international passenger and cargo traffic.