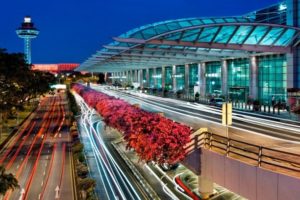 Singapore Changi airport raises the fees for departing travelers from 26 USD to 35 USD from July 1. Moreover, during the next six years, the amount will also increase every April 1. According to the representatives of the airport, this is due to the need to repair existing terminals and further development of the gates. The investor of the project will be Changi Airport Group with co-financing from the government of Singapore.

As a result, in April 2024 the fees for departing travelers will reach 47 USD. It is not charged with transit passengers.

From 2018, the cost of service at the airport for carriers will also increase year by year – by 1%.

By 2020, Changi is planning to open a third runway and by 2030 to start work on a new fifth terminal. And until 2024, the Skytrain electric train and baggage handling systems will be modernized.

Singapore Changi Airport is one of the largest transportation hubs in Southeast Asia. It is currently rated the World’s Best Airport by Skytrax, for the fifth consecutive year since 2013 and is one of the world’s busiest airports by international passenger and cargo traffic. The airport is located in Changi, at the eastern end of Singapore, approximately 17.2 km northeast of Marina Bay (Singapore’s Downtown Core), on a 13-square-kilometre area. It is operated by Changi Airport Group and it is the home base of Singapore Airlines, Singapore Airlines Cargo, SilkAir, Scoot, Jetstar Asia Airways and BOC Aviation.