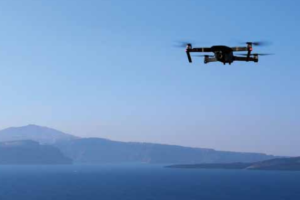 Singaporean authorities started testing of delivery of small cargoes by drones to vessels and tankers at the anchorage. This is the first such experiment in the world on the air supply to ships.

As representatives of the Ministry of Transport, the Civil Aviation Authority, and the country’s maritime and port authorities told, the widespread use of unmanned aerial vehicles (UAV) for these purposes can be expected at the end of next year.

“This step will reduce the dependence on human power and will allow solving many tasks quickly”, said Singaporean authorities in a joint statement. In addition, with the help of drones, the experts expect to inspect ships, deliver medicines, as well as some types of spare parts and so on.

Currently, tests of UAVs are conducted on an area of ​​4 square km at a distance of 3 km from the coast of Singapore. As shown by test flights, delivery of small cargoes, as well as the return of the drone back to the shore takes about 10 minutes. Similar tasks that are performed using high-speed boats are solved in at least 60 minutes.

The port of Singapore is the second busiest in the world after Shanghai. In addition to dry cargo ships, hundreds of oil tankers anchor off Singapore every day.